Melosus 1.5 mg/ml has the registration number: 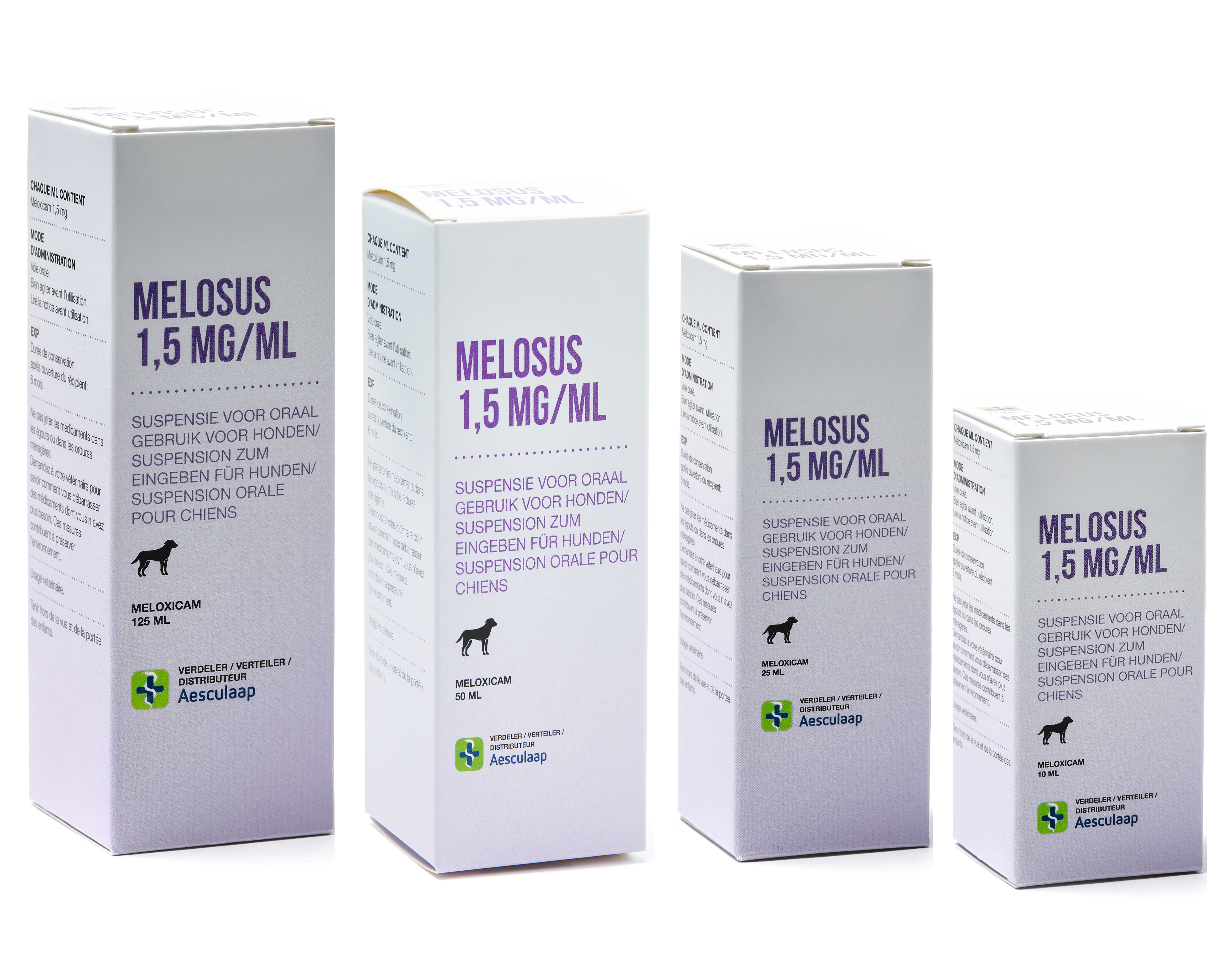 Melosus 1.5 mg/ml is an oral suspension and should be mixed with food or administered directly into the mouth.

The longer treatment duration, after a clinical effect is observed (after ≥ 4 days), the dose of Melosus can be adjusted to the lowest effective individual dose. It should be borne in mind that the degree of pain and inflammation in chronic musculoskeletal disorders can vary over time.

Typical adverse reactions of non-steroidal anti-inflammatory drugs (NSAIDs) such as loss of appetite, vomiting, diarrhoea, faecal occult blood, apathy and renal failure have been reported occasionally. In very rare cases, bloody diarrhoea, vomiting blood, gastrointestinal ulceration and elevated liver enzymes have been reported. These side effects usually occur within the first week of treatment and in most cases are transient and disappear after treatment is discontinued, but in very rare cases can be serious or fatal. If side effects occur, treatment should be discontinued.

The frequency of side effects is defined as follows: